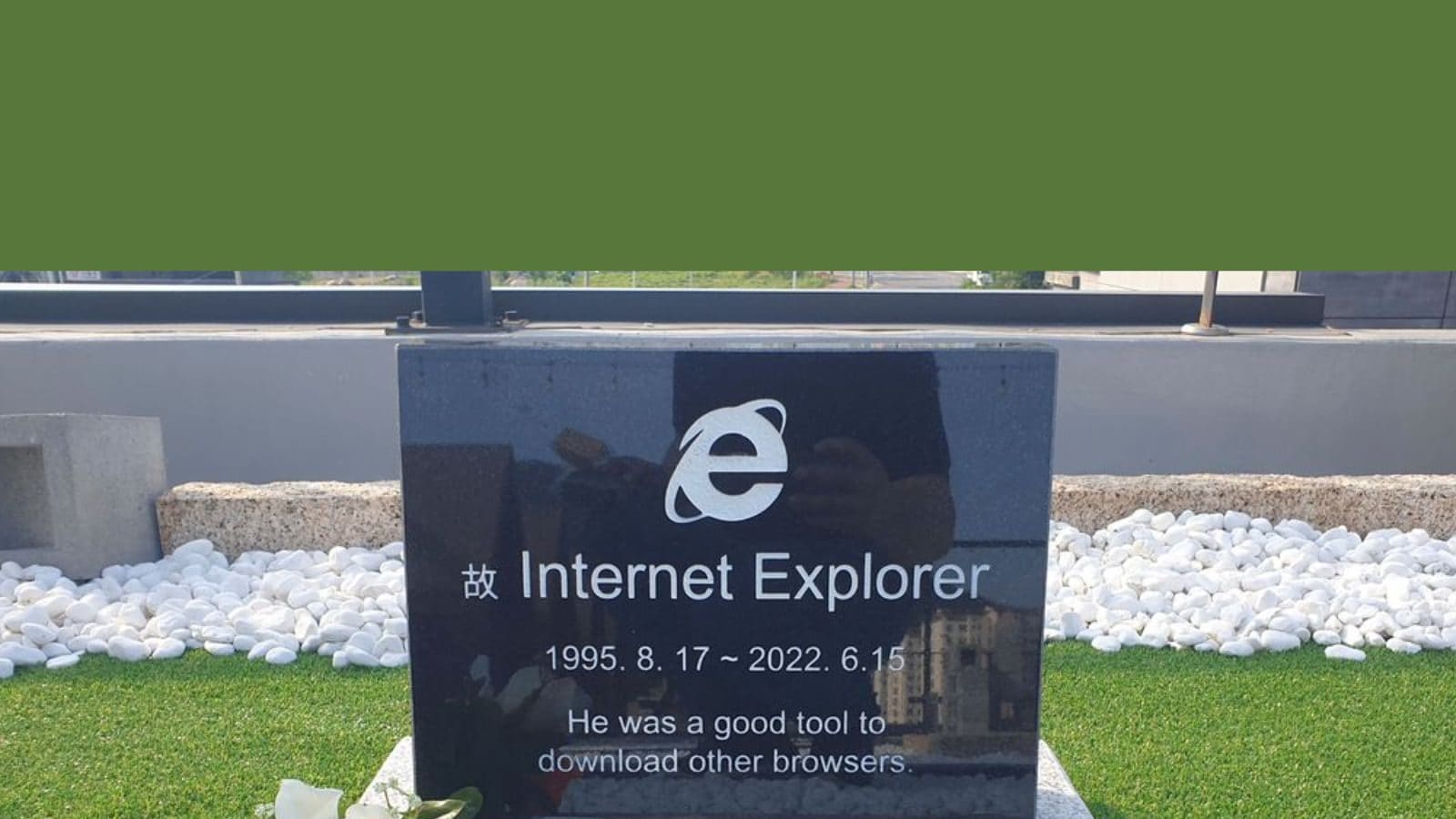 Internet Explorer, the first web browser we used after the Internet became widespread, was completely shut down after about 27 years of service. Internet Explorer has been killed off in favor of the new Microsoft Edge browser, which offers a faster and safer browsing experience.

When Microsoft shut down Internet Explorer, many users from the 1990s to the early 2000s left behind a lot of memories. One such user in South Korea created a tombstone or gravestone for the now defunct web browser as a tribute to Internet Explorer which is nothing short of a “legend” in the digital world as we know it. today. The tombstone, made by Jung Ki-Young, reads “It was a good tool for downloading other browsers”, noting one of the things Internet Explorer was used for most in its last years as a as the default web browser for Microsoft Windows.

ALSO READ: Microsoft is shutting down Internet Explorer for good on June 15, people won’t miss it much

The headstone was displayed at a cafe run by Ki-Young’s brother in Gyeongju, South Korea. The tombstone photo went viral on the internet shortly after it was posted. Jung, told Reuters he had mixed feelings about Internet Explorer shutting down. He said that while it was a pain, users had a love-hate relationship with the browser because it once dominated the space. He said the idea behind the $300 (about Rs 23,400) tombstone was to make people laugh, but to his surprise, it went viral.

“That’s another reason for me to thank the Explorer, he’s now allowed me to pull off a world-class joke. I’m sorry he’s gone, but I won’t miss him. So his retirement, for me, is a good death,” Jung told Reuters.

WATCH VIDEO: Vivo X80 Pro Review: Should you spend Rs 79,999 on this smartphone?

Microsoft announced the retirement of Internet Explorer in a blog post on June 15, encouraging people to use Microsoft Edge for a better experience.