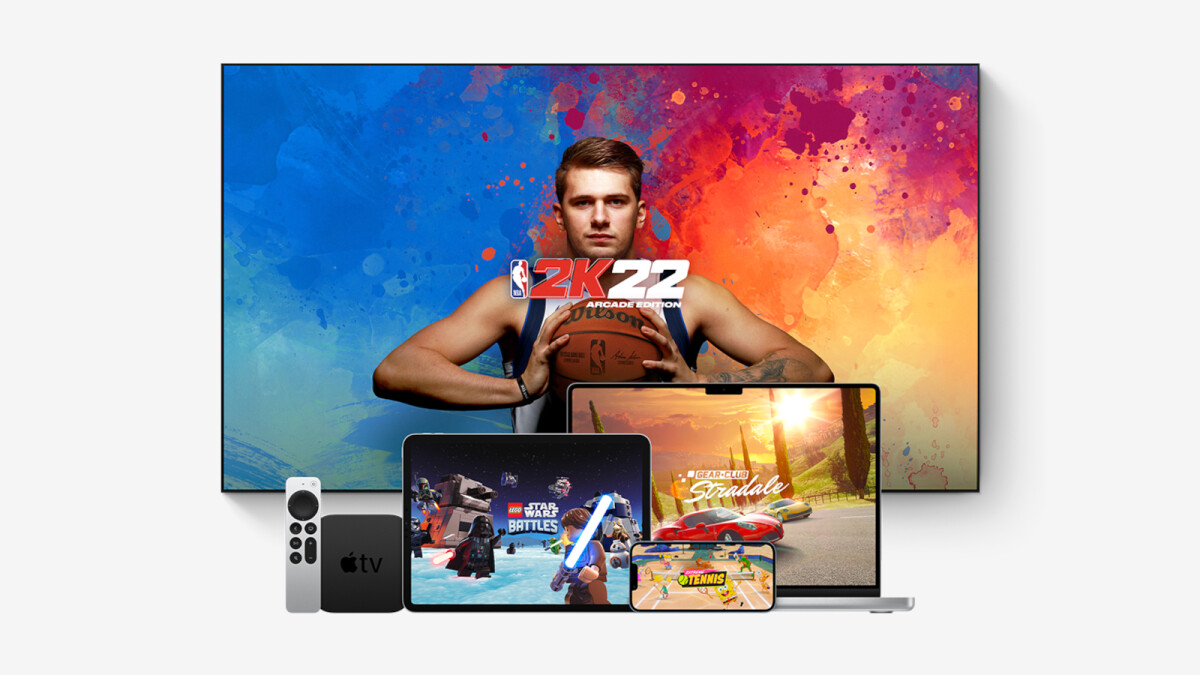 Apple Arcade subscribers, rejoice! Your monthly lineup of free games has just been announced and it’s as varied as it gets with games spanning genres such as racing, platformer and puzzle. Six new games are joining Apple Arcade this month, including two Arcade Originals and four so-called Timeless Classics. The Apple Arcade line includes two exciting Arcade Originals titles: Gear.Club Stradale and Moonshot – A Journey Home. The other four games joining Apple Arcade this month are enhanced versions of Sonic Dash, Pro Snooker & Pool 2022, Construction Simulator 2, and Prune. To differentiate them from the original games available on the App Store, these four games have a “+” at the end of their name. Now, for when these games will actually be available to Apple Arcade subscribers, here’s the official timeline:

The follow-up to Gear.Club Unlimited 2, a game that debuted four years ago, Gear. Club Stradale is in a league of its own. Dubbed as a social racing game that sees players and up to five of their friends get behind the wheel of supercars from some of the most iconic automakers. The game is set in the idyllic region of Tuscany, Italy, as players move into their own villa to start or join a club that allows them to compete in races and club events.

Bugatti, Porsche and McLaren are just a few of the cars players can drive in Gear.Club Stradale as they try to make their club shine and collect rewards in the Carta Stradale racing mode. Another mode allows players to compete against their friends from the same club to determine who is the Carta champion.

Moonshoot – A Journey Home is a physics-based puzzle game set in a mysterious universe with a unique and heartwarming story. The game combines fun slingshot game mechanics and challenging platforming puzzles as players must overcome planets’ gravity fields and avoid dangerous traps like the black hole, aliens and other strange space phenomena in their quest to return to Mother Earth.

The other four games coming to Apple Arcade this month are well-known titles that have proven popular among mobile gamers. New features and enhancements have been added, and their in-app purchases or prices have been removed to make them suitable for Apple Arcade.

Sonic Dash+ is the most complete version of Sonic the Hedgehog’s first endless runner, released in 2013. The enhanced version of the game includes many fan-requested features, including leaderboards.

Then Pro Snooker & Pool 2022 is arguably one of the most realistic and playable snooker and pool games available on mobile devices. The game features fully textured game environments and full 3D body physics. Not to mention, the game can easily accommodate both casual and serious gamers.

Last but not least, Prune+ can easily be classified as a relaxation game. Developed by Joel McDonald, the game is a love letter to trees, as players must grow and shape trees into unique works of art while dodging various obstacles. All of this can be done using swipes. Most importantly, the game features beautiful and minimalist art, meditative music, and a simple interface to give players a relaxing experience.

With over 200 games available, Apple Arcade gets new titles every week. The catalog is full of incredibly fun games, including “NBA 2K22 Arcade Edition”, “LEGO Brawls”, “Sneaky Sasquatch”, “Crossy Road Castle”, “Mini Motorways” and “Angry Birds Reloaded”. You can join Apple Arcade for $4.99 per month with a one-month free trial available to test it out.