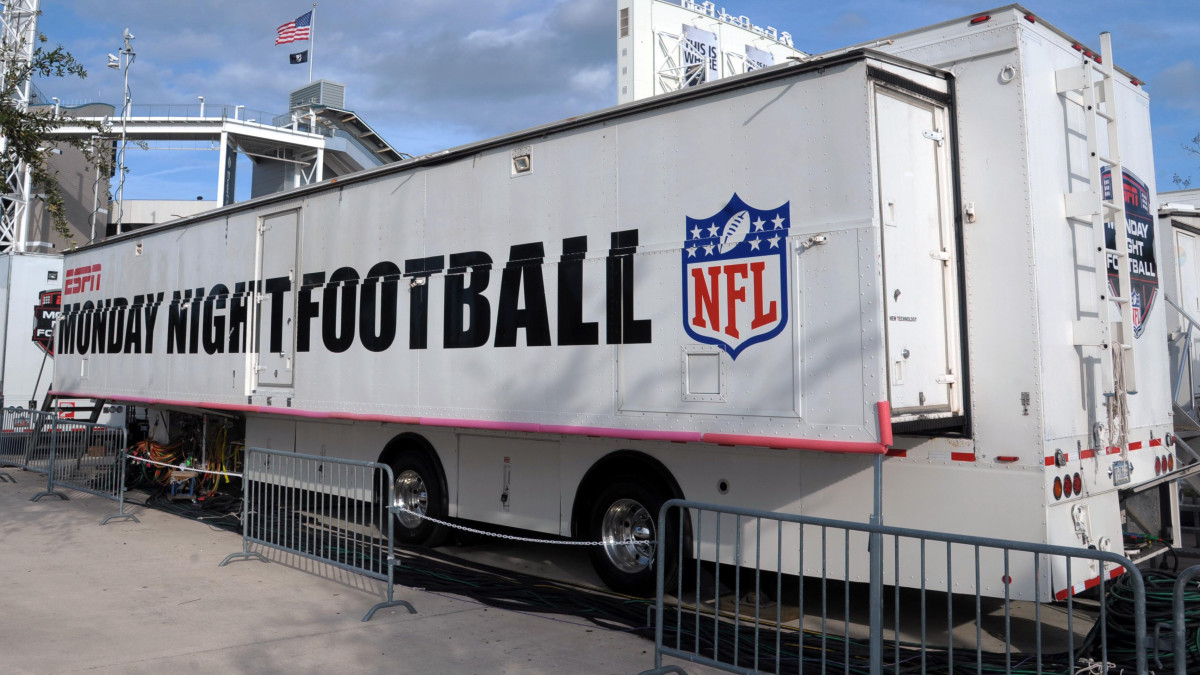 Steve Levy, Louis Riddick and Dan Orlovsky will have the Tennessee-Buffalo call on ESPN, while Joe Buck and Troy Aikman will work Minnesota-Philadelphia on ABC. ESPN said it would generously use double boxes on both networks during the overlap to keep viewers informed of both games.

So why do we get a doubleheader in week 2 and why did we only get one game on Monday night in week 1?

There are a few reasons. For starters, tonight is a bit of an experiment for ESPN. Next season, the network will air three doubleheaders on Monday nights. But start times for next season’s doubleheaders have not been set. ESPN could choose to have overlapping games like tonight or they could go back to the 7/10 p.m. doubleheader it aired for several seasons on Opening Monday or it could decide on a starting structure entirely different for the two games. It could also air the three double programs at three different times.

As for this season, ESPN wanted to bump this year’s doubleheader from Week 1 to Week 2, in part because they wanted to showcase their new $165 million stand in the season opener. . After years of trying to stabilize Monday night football broadcast team, ESPN flew Buck and Aikman to Fox, where they hosted games together for 20 seasons, and instantly solved all his problems FMN advertiser issues.

Plus, with ESPN landing Russell Wilson’s return to Seattle in Week 1, the network was more than happy to make it a standalone game.

This plan gives ESPN two monster weeks to start the season instead of just one. So far, the experiment has worked perfectly for ESPN/ABC, which drew nearly 20 million viewers for last week’s Broncos-Seahawks game.

Overlapping tonight’s two games instead of going to a straight 7/10 p.m. doubleheader also eliminates Game 2 ending at 1 a.m. on the East Coast. That should help the ratings for tonight’s games since Titans-Bills will be finished by the time the Vikings-Eagles are in the third quarter.

2. New Hello Soccer Co-host Jamie Erdahl got a little too excited when talking about Tua Tagovailoa on Monday’s show.

3. Dave Pasch, an underrated and versatile ESPN play-by-play man, is also the Cardinals’ radio broadcaster, and he had an outstanding call from Arizona’s game-winning fumble return touchdown.

On the TV side, CBS’ Greg Gumbel did a terrific job calling Kyler Murray’s surreal two-point conversion in the fourth quarter that helped the Cardinals pull off the comeback.

4. The best call of the weekend came from the Appalachian State radio booth. In case you somehow missed it, App State beat Troy on one of the most incredible Hail Marys you’ll ever see. The call was great, but not because of the way the play-by-play guy described the game. It was great, because you couldn’t understand a single word he was saying; there was nothing but over-modulated gibberish being shouted, and it was complete pandemonium.

5. This is me every time a Yankees game airs only on a streaming service.

Tommy apologized for breaking another tablet after the game.

seven. The last IS Media Podcast presents an interview with New York Post sports media columnist Andrew Marchand. Topics we covered on the show include:

You can listen to the podcast below or download it from Apple, Spotify and Google.

You can also watch the IS Media Podcast on Youtube.

Make sure you catch up on previous editions of Traina Thoughts and check out the Sports Illustrated Media Podcast hosted by Jimmy Traina on Apple, Spotify Where Google. You can also follow Jimmy on Twitter, instagram and ICT Tac.

PSVR 2 does not support PSVR 1 games, but there is hope