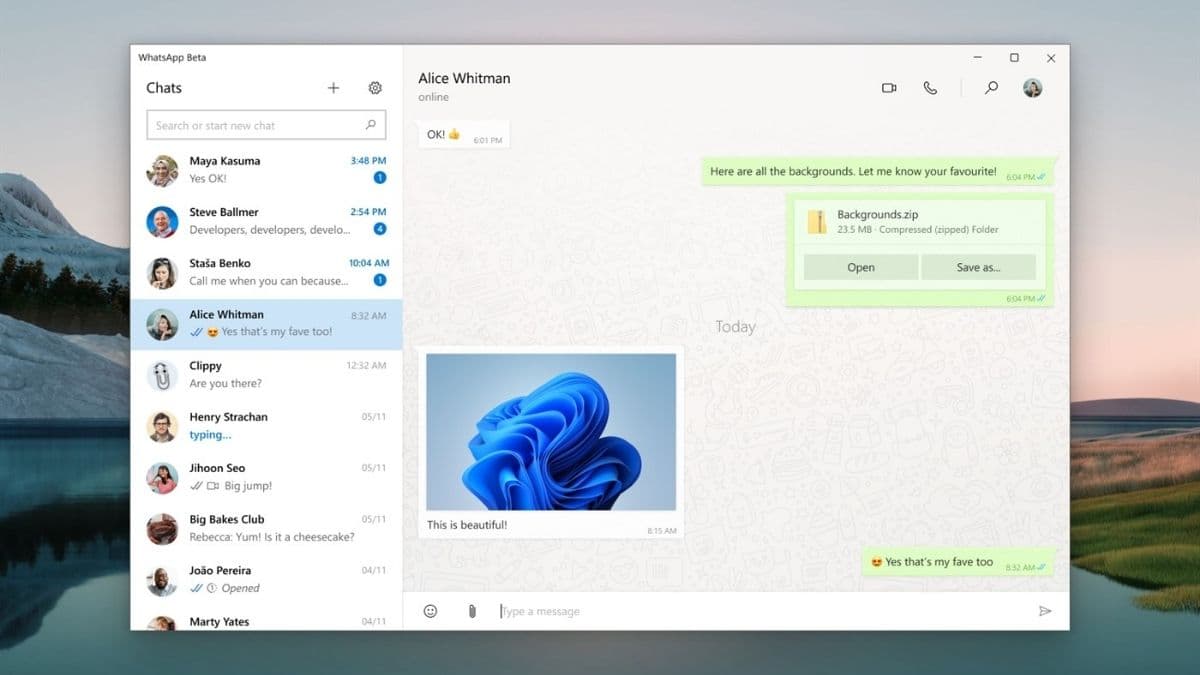 The possibility of using WhatsApp from the computer, without depending on the mobile, has been announced in 2019 and is currently available, only through its beta app.

Previously we shared our experience using this version, highlighting its advantages and disadvantages. However, as with beta apps, everything is subject to improvements and changes, like the ones that have just arrived in this app.

A new version of WhatsApp Beta for Windows 10 and 11 is now available in the Microsoft store. This recent delivery gives a new impetus to the multi-device mode announced previously, which frees the chains between the computer and the mobile, allowing its use in an autonomous way on one or the other device.

The old application, developed under Electron (a combination of HTML, CSS and JS), had as one of its main weaknesses its long loading time. The new app, written in UWP (Universal Windows App), promises load times of just a second. In addition, notifications of new messages can be integrated into the system, allowing the possibility of receiving them even with the application closed.

Among the new tools introduced, a simple drawing function, which, like on mobile, allows you to draw or write on a canvas, to send the result attached to a message in image format. If your computer has a touchscreen, you can get even more out of it.

At the configuration level, these are distributed in a similar way to what can be found in the mobile application. In the general settings section, you can configure the application to start with system startup and exit the connected session. In the Account section, the privacy and security preferences can be adjusted. There are also dedicated areas for managing chats, customizing notifications, managing storage, and receiving help.

The interface of this app is fully integrated with the native appearance of the operating system, given its UWP nature. Thanks to this condition, the application – which at the moment is only available for PC – could reach Xbox in the future, a platform that also supports this type of applications.

The changes were first made to Windows, but according to what had previously been reported by WhatsApp, they should soon also be presented on macOS, with an app also integrated into the APIs of the Apple operating system.

WhatsApp Beta download is available on the Microsoft Store. If you are not sure what it means to use an app in this phase of development, we recommend that you read some observations and recommendations Contemplate.